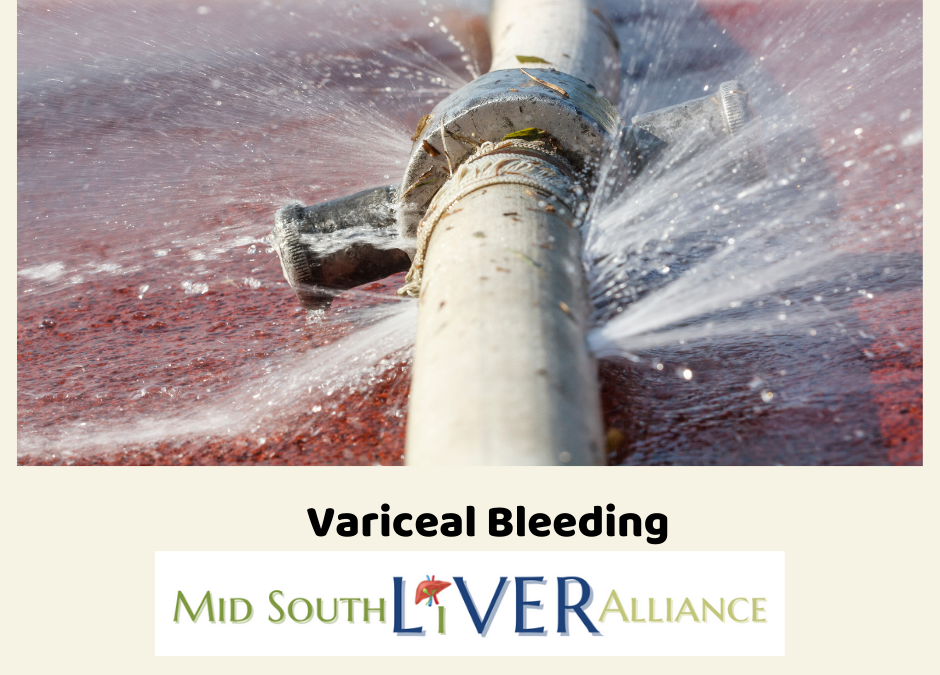 Blood travels through the liver as part of normal circulation. If the liver has blockages or scarred areas that restrict the blood’s normal path, the flow of blood will attempt to push its way through using the smaller veins in the liver. This places a lot of pressure on the smaller sized veins as the normal amount of blood pushes to flow through. As pressure builds on the smaller veins, they can stretch. Once they are enlarged, they are referred to as Varices or abnormally stretched veins. This engorgement makes these vein walls weak and they can leak or even burst.

Variceal bleeding refers to the bleeding of varices in the gastrointestinal tract. The larger the varices, the higher the probability of experiencing a bleed.

It is critical to seek medical help immediately. Once there has been one bleed there can be others. Treatment to stop the bleeding will require immediate intervention to tie off the varices. It may also require an infusion of blood to replace some of what has been lost.